As a trusted leading language service provider, AFLS provides document translation and language interpreting to clients around world. We offer services in 400 languages including high-demand ones such as Chinese, Spanish, Arabic, Russian, French, and American Sign Language (ASL). We also provide support in rare, endangered, and emerging languages like Basque, Irish Gaelic, Ojibwe, and Quechua.

Why Work With Us?

As language professionals with over 25 years experience, we are dedicated to providing exceptional services

Our team provides fast, customized solutions based on the needs of your clients and customers

Let’s Talk About Your
Language Needs
Request a Quote >
Every Language Matters!

Ask us today about how our interpreting and translation agency expertise and services can help you and your customers and clients with your language needs! We provide free quotes for services in 400 languages across government and business sectors around the world.

We partner with a variety of professional associations, government agencies, medical and legal organizations, and small and large businesses to provide the best possible language solutions for our clients.

National Council on Interpreting in Healthcare

National Association for the Deaf

Since our founding in 1993, A Foreign Language Service (AFLS) has broken the communications barrier by providing professional interpreters and document translators in over 400 languages including American Sign Language (ASL) - and counting. Our contracted linguistic talent combined with dedicated customer service has made us the premier provider of interpreting, translation, and localization services to the greater Metropolitan Phoenix area, around Arizona, and across the United States.

As the "400 Language People,"  we provide exceptional contract services in a variety of languages including those that are rare and emerging.  What sets us apart from similar type of companies is the sheer volume of languages coupled with our unique ability to always customize a communications solution unique to each client! Please use our "Language Search" tool to see if your language is listed or you can view our list of the most commonly requested languages.

Whether you are an individual who needs help filling out a government form,  a large hospital requesting an interpreter for a medical exam, or a small business who needs to have marketing materials translated for a multicultural audience, AFLS is there for you. Browse through our website or give us a call at (480) 813-4242 or (844)-813-4242 to let us know how we can help you with your communication needs. Or you can simply contact us via email with any questions that you may have. 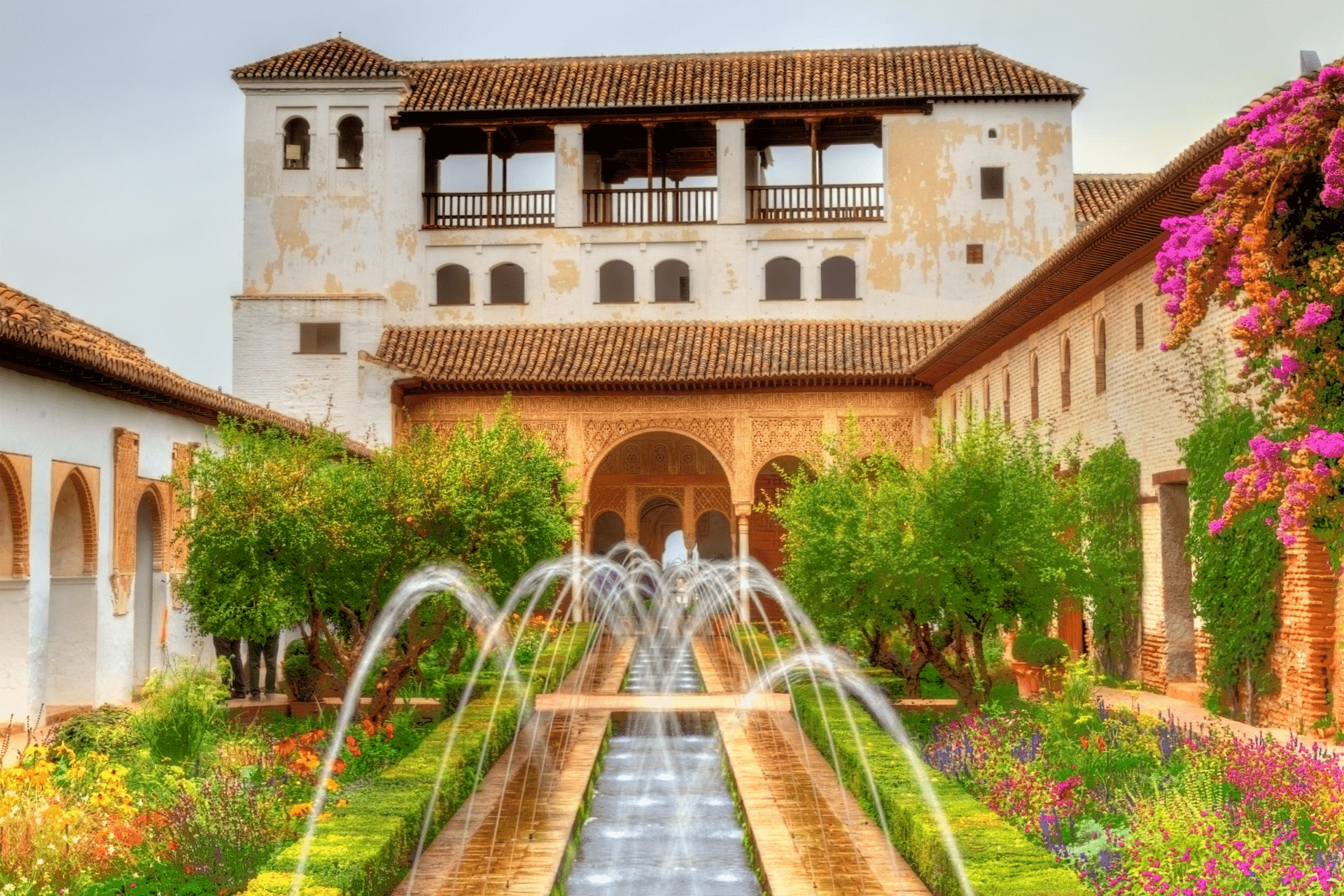 Few languages are as beloved as the Spanish language. The soft a, the rolling r, the way the speakers put together words in an effortless glide of vowels and consonants make it by far the most studied foreign language in the United States. In fact, the Spanish language is the language of great novels like Don Quixote by Miguel de Cervantes and of painters like Velazquez and Picasso. Additionally, musicians and pop artists like Shakira, Gloria Estefan and Enrique Iglesias claim it as their own. Furthermore, the Spanish language belongs to tennis stars like Rafael Nadal, and actors like Antonio Banderas, Penelope Cruz, and Javier Bardem.

Indeed, the importance of this language cannot be underestimated. The Spanish language has 477 million native speakers and 73 million Spanish language learners worldwide. And in addition, unlike Chinese, with most speakers living in one country, Spanish is the official language of 20 countries spanning several continents. As you will see below, the Spanish language is well-beloved for around the world.

Spanish is beloved because, despite high school nightmares of doing conjugations in Spanish class, it is one of the easiest languages for Westerners to learn. For example, Spanish has a simple alfabeto of 27 or 30 letters depending on which country you ask. In this alphabet, the sounds are almost always pronounced the same way. Unlike English, where ph makes an f sound, in Spanish you pronounce it like it sounds. So telefono is pronounced like it looks, no ph needed. Also, the grammar is more consistent than English, without as many exceptions to the rules. What is more, if you are actually learning Spanish in a Spanish-speaking country, the people are often warm and friendly. They will be happy to help you learn their language.

Spanish is a Romance language and as such is Latin-based. When the Roman legions marched into Iberia, they faced hard scrabble locals who fiercely fought to remain independent. Although they were eventually subjugated under Roman might, it took 200 years to conquer the peninsula.

Those who called the peninsula home spoke several languages, including Iberian, Celtiberian, Lusitanian, Aquitanian and Tartesian. They had descended from the Phoenicians and Greeks, who settled east and south, as well as Celts and Basques, who settled north and center. Once conquered by Rome, however, the languages of the peninsula melded into the foundation of modern-day Spanish. That is, six centuries of Latin law, religion, and administration helped to shape what became a new language. Add to the mix 700 years of Arabic influence and voilà – modern day Spanish.

Spanish on the Move

After expelling the Muslims from Spain in 1492, the Catholic Monarchs Ferdinand and Isabella were eager to flex the new muscle of their combined kingdoms. Toward this end, they made a fateful decision that altered the course of human history and the Spanish language. Ferdinand and Isabella soon financed the expedition of an explorer named Christopher Columbus. Then, with his discovery of the “new world” for the Europeans, the Spanish language expanded far beyond its borders and cemented its early linguistic hegemony in the Western Hemisphere. As a result, the number of Spanish speakers today in the Americas is over 400 million and dwarfs the population of Spain from whence it came.

Unfortunately, the wave of conquistadors that meant the conquering of new lands for Spain also spelled the end of civilization for many of the hemisphere’s native peoples. However, what has been left behind is a language now familiar to all of us as Americans.

Here are familiar Spanish city and state names in English:

Here are words from Spanish that have become a part of everyday English:

In light of its rich history and culture, the Spanish language is certainly worth celebrating as its influence spreads far and wide across the globe. In fact, the world has no shortage of Spanish speakers, exciting Spanish cultures, and numerous sunny, Spanish-speaking countries to visit. Not to mention, enough Spanish language and cultural history for even the most erudite history buff. Even more, if you are into cooking, a gastronomy scene without equal. So, as a result, when the United Nations-designated Spanish Language Day occurs on April 23, we all celebrate and shout “Happy Spanish Language Day!” To all the Spanish dreamers and explorers, and to the Spanish poets and the painters, we celebrate with ¡Viva el español! At the same time, to the Spanish actors and musicians and of course the Spanish cooks who make our world that much richer, we shout together ¡Viva el español!

If you need translators in the beautiful Spanish language, we are here to help! In fact, from business to medicine, we have experienced translators who are equipped to handle any of your Spanish interpreting and translation needs. For example, if you are an individual who needs help filling out a government form or a large hospital requesting an interpreter for a medical exam, we can help. Or instead, if you own a small business and need marketing materials translated for a multicultural audience, AFLS is there for you. Therefore, visit our website or give us a call at (844)-813-4242 and let us know how we can help you with your communication needs. Or you can simply contact us via email with any questions that you may have.

How To Know When You Are Fluent In A Foreign Language

So you have decided to learn a new language. You bought and read through a…

What are some of the world's rare books in forgotten languages? In this post, we…

[wpseo_breadcrumb]
Get In Touch
Copyright A Foreign Language Service. 2019 - All Rights Reserved
Back To Top
×

Like most other websites, we use cookies (both electronic and delicious.) By continuing to use our site you agree to the use of cookies. more information